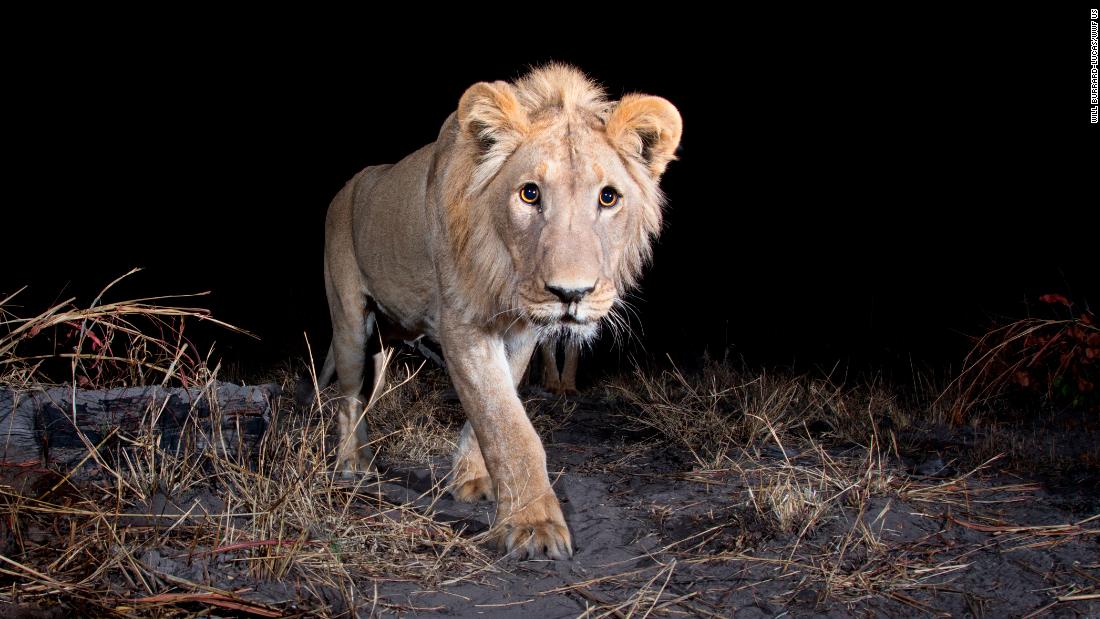 Travel
Share on Facebook
Share on Twitter
Share on Google+
Share on Pinterest
Share on LinkedIn
Researchers in the field often use camera traps to remotely photograph the intimate lives of animals. These stationary cameras have a sensor that is triggered by heat or movement, letting researchers monitor animals without disturbing them.
The traps can be deployed for months at a time, sometimes capturing hundreds of thousands of images. But these images, and the valuable information they reveal, typically just sit on researchers’ hard drives, unavailable to anyone else, according to Jorge Ahumada, a scientist with environmental nonprofit Conservation International.
So Ahumada set about creating an online platform where researchers could share their photos. Wildlife Insights launched in December as the world’s largest camera-trap database, hosting over 4.5 million images.
Find out more about Call to Earth and the extraordinary people working for a more sustainable future
Supported by the World Wildlife Fund, among others, the idea is to encourage collaboration between biologists and wildlife conservation organizations, and bring camera trap footage to the fore of conservation efforts.
As well as making images available to other researchers, the site uses Artificial Intelligence (AI) designed by Google to overcome a key problem with these kinds of photos: camera traps produce an astronomical number of images to manually analyze, says Ahumada, many of which are blank images where the camera was triggered by its surroundings and not by wildlife. Manually sorting and deleting these photos is a laborious task.
Read: Wildlife is flourishing in these former war zones
To get around that, after someone uploads footage to the Wildlife Insights database, its AI verifies if the image was taken from a camera trap and automatically removes all blank images. If there is an animal in the image, the AI will identify the species.
Currently, the AI recognizes about 450 animal species, which Ahumada said will increase over time as more footage is collected from all parts of the world.
He says the AI model is 80 – 95% accurate for around 100 common species. “For images that are misidentified by the AI, a person would be able to go in and file it correctly,” says Ahumada, who is the executive director of the platform. “The accuracy of those images will increase over time as more data is collected,” he adds. The hope is that the AI will save time for researchers and make conservation programs more efficient
As well as collecting and reviewing the photos, the platform will provide analytics that could reveal trends in species’ population for different projects. That information could help researchers understand whether a species is increasing its range or if its numbers are in decline.
The site could eventually aggregate the footage from each trap to provide real-time statistics and trends on the state of animal populations around the world.

Wildlife Insights is still operating in its beta version, and although anyone can access the images, right now only selected partners can upload photos — but the plan is to eventually open it up to anyone.
However, while open access is key, the platform has taken steps to make sure this information doesn’t get into the wrong hands.
Read: Bringing back bison to restore America’s lost prairie
“You will have to ask Wildlife Insights for permission to get the locations [of the images],” said Ahumada. “That is a vetting process that we will manage carefully because we know that poachers and other actors with nefarious purposes will use this information to find endangered species.”
As internet connectivity improves and becomes increasingly ubiquitous, Ahumada ultimately expects to have “camera traps identifying the images on the hardware itself” and the capability for traps to “send information directly to the cloud” without a person physically retrieving the footage from the device and manually uploading the data to the platform.
All of which could make research faster and conservation efforts more effective.
This article was originally published by Cnn.com. Read the original article here.
Share on Facebook
Share on Twitter
Share on Google+
Share on Pinterest
Share on LinkedIn

Boeing’s 777-9X airplane takes first flight
13 of the best things to do in Sydney
What are the best museums in the United States and Canada?
The best budget hotels in Bruges, from historic houses to modern apartments
Inside one of the world’s newest (and wettest!) national parks