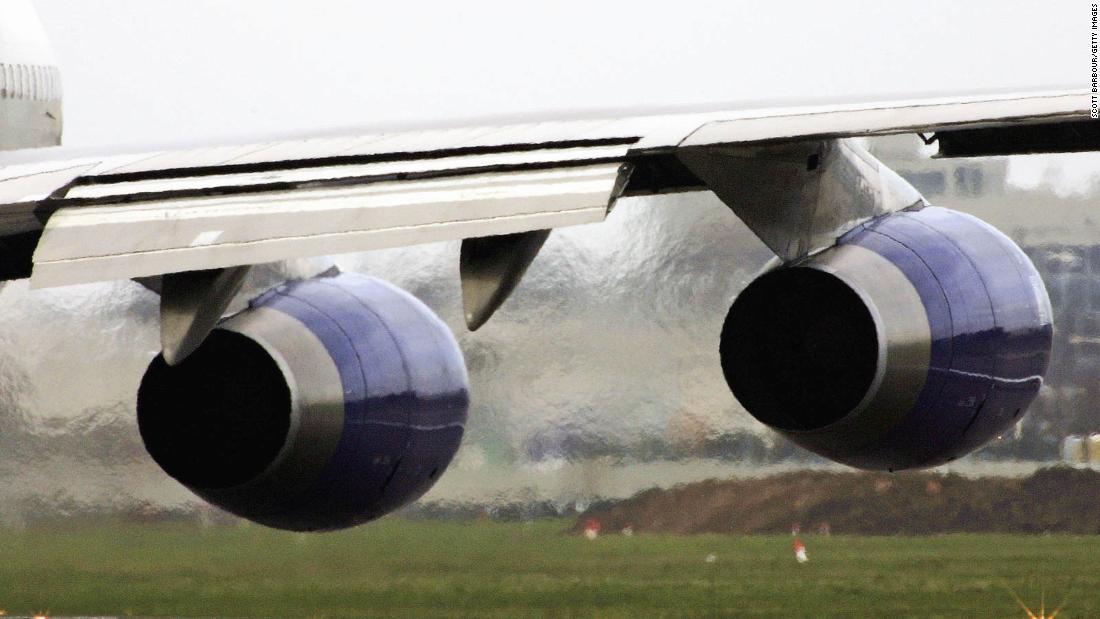 (CNN) — I’m an environmental journalist, and I care tremendously about the climate. I also fly a lot.

I’m an American married to a Brit, and we’ve lived in London for 19 years, thousands of miles away from much of my family and many of my closest friends. I work hard to stay close to them despite that distance, and that means I’ve flown trans-Atlantic more times that I can count.

My life is built around being able to get on a long-haul flight to celebrate Thanksgiving back home, to see my parents, hang out with my little niece and nephew, catch up with my friends from college. I even flew all over the world to report a book on air pollution.

So, am I a climate villain? Some might say so. And part of me thinks they’d be right.

But I also think the debate around flying — particularly the Swedish notion of flygskam, or flight shame — reflects a larger problem in the way we talk about climate change.

It’s a conversation that is heavily skewed toward individual behavior and personal choice — how much I fly, what kind of car you drive, whether we’ve installed efficient light bulbs. And that obscures a much bigger, and more important, picture.

While we fret over our own actions — and each other’s — we are failing to ponder much more consequential questions about how the systems that shape our lives have led us to this point of crisis. Questions about corporate malfeasance, the power of big money and decades of political failure.

One piece of the climate mess

The finding that just 100 companies — including vast oil and gas concerns — are responsible for 71% of all greenhouse gas emissions since 1988 has provided a framework for a different way of thinking about this problem.
This approach, rather than blaming individuals for living in the world as it is, places responsibility on big fossil fuel companies that have known for decades what their products were doing to the climate but chose to propagate doubt about the overwhelming scientific evidence instead of working to develop cleaner alternatives.

It also places it on the politicians who have too often done their bidding, failing to use their power to demand reductions in carbon emissions.

“The big polluters’ masterstroke was to blame the climate crisis on you and me,” said the headline of a Guardian column that summed up the dynamic nicely. And we’ve fallen for it, spending far too much time worrying about our individual choices and too little demanding the political changes needed to make real progress against this existential threat.

None of us as individuals can shift our countries’ energy mix away from fossil fuels and toward renewables, invest the money needed to improve public transportation systems, or make global agriculture more sustainable.

Aviation is just one piece of the climate mess, a little under 2.5% of greenhouse gases (although that likely understates its impact, since it doesn’t capture the additional impact of polluting at altitude). And flying’s footprint is growing fast as more people take to the skies: The sector’s climate impact could increase by between three and seven times by 2050.

More to the point, while it is just one of many drivers of this global problem, for any one of us who takes more than a couple of flights a year, it is likely the single biggest piece of our carbon footprint. Which means it’s the biggest emissions source we can control.

That matters. And many within the fly-less movement argue that individual actions like reducing flying or stopping altogether carry a larger power, because they send a signal to others, including politicians, that this is important.

I buy that. But at the same time, I believe the excessive focus on individual behavior tends to devolve very quickly into a conversation characterized by finger-pointing, argument and accusations of hypocrisy. And that leads exactly nowhere. It drives us all into our well-defended corners. Anyone demanding change can be countered with an attack on their personal choices.

I heard that dynamic play out recently, when I was a guest on a radio show about flying and climate. A caller described his plans for a round-the-world trip involving multiple flights — a once-in-a-lifetime opportunity he wasn’t prepared to forgo, he proclaimed.

Should we be giving up our trips of a lifetime?

Another caller, with whom the man had been chatting amiably a moment earlier, then called him selfish, accusing him of ignoring the well-being of future generations.

Needless to say, he didn’t take kindly to that. And he didn’t sound likely to give up his trip.

It’s that kind of blame — aimed at each other, rather than the corporate and political actors who are really responsible for the climate crisis — that is so corrosive. Not many people respond well to being shamed.

Part of why we focus so much on individual choice, I think, is that the larger systems driving climate change are, in some ways, invisible to us. While personal decisions are easy to see and understand.

What’s more, climate change is terrifying. And because the solutions lie with governmental decision-making and transformations of big systems like energy, agriculture and transportation, they feel far beyond what we as individuals can control.

But we can choose to go vegan, to fly less, to spend money insulating our homes. There’s nothing wrong with that, of course. But it’s not enough.

When it comes to flying, there’s little prospect of technology coming to our rescue any time soon. Unlike other sectors, aviation is probably still decades away from innovations like electrification that could meaningfully decarbonize it.

I’m not defending my own flying. I’m mindful of its impact, and of the privileged position my ability to travel reflects. I’m making an effort to fly less. I just think we have to be careful not to let an excessive focus on individual choices distract us from the bigger picture.

What it’s like to live in Amsterdam’s red-light district
In the footsteps of Scotland’s greatest poet
The Overnight: What to do in Seattle if you’re there on a business trip
12 brilliant things to do in Bristol, from hot air balloons to Banksy’s street art
Hotel Hit Squad: Glass House has plenty of treatments to feed the soul – but you might have to sneak out to Nando’s